Should Meghan Markle & Prince Harry Have Their Royal Titles Stripped?

I’m not usually one for entertaining the views of Piers Morgan. I find him to be sensationalist and quite a reactionary fellow, but his recent comments on Meghan Markle and Prince Harry got me thinking.

Since the Sussexes decided to ditch their royal responsibilities and chase the almighty dollar and fame in America, there have been calls for them to be stripped of their royal titles.

I’ll be honest, it wasn’t something I ever seriously considered in the past, but with recent goings-on, I’m finding myself more and more open to the idea.

What did Piers Morgan say about Meghan Markle and Prince Harry?

On Good Morning Britain Piers Morgan made the following points:

I think what they should do – and this is a little debate to be thrown up. But if they really want to be independent, it seems they do, they want to live in Hollywood or Santa Barbara and wanna make woke movies or TV shows and make us feel lovely and fluffy about everything, that’s fine.

I just don’t think, as a Sussex resident all my life, I don’t think they should be allowed to keep the titles Duke and Duchess of Sussex. They never go to Sussex. If they really want to leave the royal family, why would you even want the titles?

As I said earlier, I don’t usually put much stock in what Piers Morgan says, but I have to admit that he has a point.

Of course, there’s a reason why Meghan Markle and Prince Harry wouldn’t be keen on dropping their royal title, and Piers Morgan nails it when he said:

Except the titles are what is attractive to commercial partners.

Piers is absolutely correct when he mentions the royal titles being attractive to commercial partners.

It’s the Duke and Duchess of Sussex that carries the credibility, not the people behind those titles.

And for those very reasons, I don’t see either of them entertaining the idea of walking away entirely from the royal family.

This is why Meghan Markle and Prince Harry are so disliked

The question I want to see answered is the following:

If Meghan Markle and Prince Harry so hated the rules, regulations, and stifling prison that being members of the royal family placed them in, why haven’t they disassociated themselves entirely from the whole nasty enterprise? 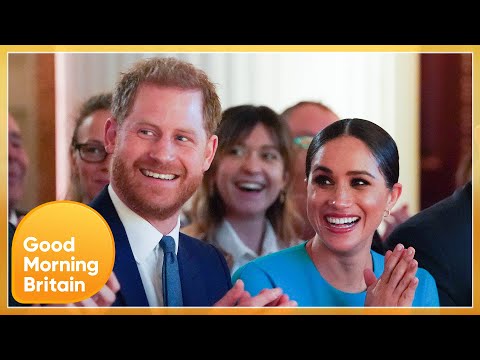 Me? If I were in a horrible relationship and despised how I was treated and made to feel like I didn’t matter, I’d be cleansing myself of every last reminder of said relationship as soon as I broke free.

That Meghan Markle and Prince Harry haven’t done this is precisely why they receive so much grief from royal fans and onlookers.

Put simply, they want the credibility and earning potential associated with the royal titles, but without any of the actual work or responsibility that comes along with it.

In life, you’ll find that those types of people are generally viewed as entirely unlikeable, regardless of their race.

Disclaimer: The opinions in this article do not necessarily reflect the views of CCN.com.

Samburaj Das edited this article for CCN.com. If you see a breach of our Code of Ethics or find a factual, spelling, or grammar error, please contact us.